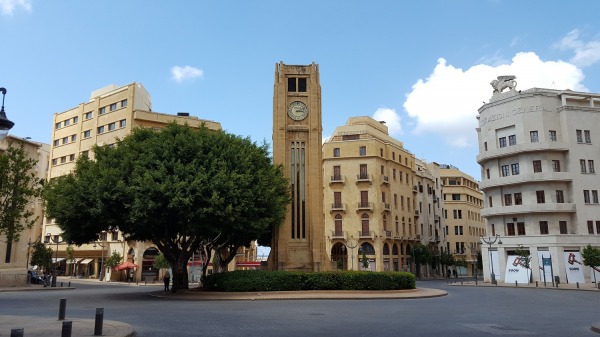 Lebanon is a reasonably safe country, but the proximity of its borders to less secure countries makes visiting the country a little exciting. Use common sense when traveling and hire a guide to avoid trouble.

Public transportation may not be safe. It is better to rent a car or take a taxi. Taxis are entirely reliable. However, use only licensed taxi services. Make sure the driver turns on the taximeter in the car or discuss the price of the trip in advance.

There are quite a lot of pickpockets in Lebanon. Most often, their goal is tourists. Therefore, in crowded places and essential sights, especially watch out for your personal belongings and surroundings. Stay alert, and do not leave bags unattended.

Lebanon is challenged by multiple natural hazards, including flooding, drought, earthquakes, and associated tsunamis. The country experiences one to two cases of flooding annually, a number that is likely to rise with climate change.

Grave robberies and armed attacks on tourists are possible in some areas of the country, usually near the Israeli and Syrian borders. Avoid dangerous areas, and do not walk along the streets at night and unaccompanied.

Terrorists are very likely to try to carry out attacks in Lebanon. Attacks could, therefore, take place in areas visited by foreigners, in Beirut and elsewhere, including hotels, restaurants and bars, markets, tourist and religious sites, significant outdoor events, western-style shopping centers, and supermarket chains. If you plan on visiting these places, you should make sure your security arrangements are sufficient.

Typically, fraud is not very common in Lebanon. However, in tourist places, there may be cases of deception of tourists. Check everything carefully and buy services and goods only in trusted locations and licensed stores. Withdraw money at ATMs at banks to avoid scamming your card.

Women traveling alone in Lebanon may not feel very comfortable. It is recommended to have an escort, and avoid communication with local men. At night, it is better to return to the hotel by taxi.

How Safe Is Lebanon for Tourists?

Lebanon is a relatively safe country.

The crime rate here is at an average level.

The biggest problems are associated with high levels of corruption and bribery.

Lebanese are quite friendly people; tourists usually feel useful in this country. However, it is worth remembering that Lebanon borders Syria, where the situation is not so stable and can cause unrest.

Tripoli was the site of frequent deadly clashes between the Wahhabi militia from Bab el Tabban and groups of Assad supporters in the vicinity of Jabal Mohsen in the northern part of the city. Avoid this area and do not travel there.

The historic landmark of Baalbek saw several minor incidents without casualties, but can still be considered safe to visit.

In any case, it is better to hire a guide and travel with him; this will also protect your stay in Lebanon.

It is best not to wander alone at night outside the common areas of Beirut, especially in dark areas, Criminal activities such as theft can intensify. However, Lebanon is not infamous for its crime rate.

Visitors to areas near the Israeli border need permission, without which they will not be allowed to cross many of the checkpoints in the area.

If you travel in your car, be especially vigilant. Traffic in Lebanon can be quite aggressive.

Do I Need a Visa to Visit Lebanon?

Which Currency Is Used in Lebanon?

The Lebanese pound is the currency of Lebanon. It used to be divided into 100 piastres (or qirsh), but high inflation in the Lebanese Civil War has eliminated the need for subdivisions.

The best times to visit Lebanon for ideal weather are March to June and October to December. Average temperatures in Lebanon vary greatly and the weather feels nice most of the year, excluding some hot weeks in the summer, with a low chance of precipitation most of the year.

What Do I Need to Know about Airports in Lebanon?

Lebanon has only one international and main airport. It is located in the capital of the country – Beirut. Beirut International Airport is located 9 kilometers from the city center in the southern suburbs of Beirut, Lebanon.

What Are Some Things to Do in Lebanon?

Lebanon, the official name is the Lebanese Republic – a state in the Middle East, located in a mountainous area on the eastern shore of the Mediterranean Sea. Here you can see the ancient Baalbek ruins, the palace of Bacchus, visit the national museum of Beirut.

Is the Water in Lebanon Safe to Drink?

In Lebanon, there is no shortage of water for cooking and showering. But tap water is not potable.

Is Uber Safe in Lebanon?

Uber Taxi is available in Lebanon. The fare will depend on the length of the trip and the time of day.