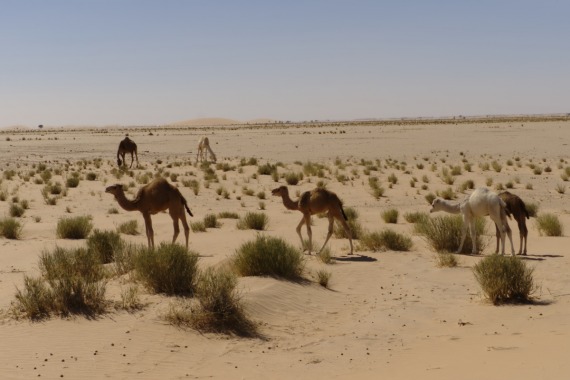 Mauritania is not the safest country to travel, due to the withering climate, military conflicts, and many mined places in the country - traveling here can be quite risky.

Public transport and taxis are not safe. You can find a licensed taxi service; however, in Mauritania, it is customary to travel by car. Search for a rental car to avoid robbery and robbery on local transport.

There are a lot of pickpockets and tourists, especially western ones, are very attracted to them. In tourist places and at stations and airports, all tourists need to keep track of their personal belongings and pockets, to monitor their surroundings. Do not flash with a lot of cash and expensive things.

Mauritania has faced natural disasters ranging from locust invasions to severe drought and flooding. The country is highly susceptible to variations in rainfall, and recurring drought is typical.

Robberies, assaults, and even kidnappings occur in this country. Avoid particularly dangerous regions (including border ones) to avoid this risk. Be in a group, and do not travel after sunset.

Terrorism is unfortunately common in Mauritania, so tourists should be especially careful when traveling in this country. Avoid traveling at night; do not attend political demonstrations and avoid street showdowns.

Scams in Mauritania can occur in tourist places, train stations, and bazaars. Travelers should be cautious and carefully monitor their surroundings. Buy goods and services only in licensed locations. Withdraw money from ATMs at banks to avoid scamming from your cards.

Women traveling alone are strongly discouraged from traveling in Mauritania on their own. This can be very risky. Take care of security or a male company. At night, it is better to stay at the hotel and move only in your car.

How Safe Is Mauritania for Tourists?

Mauritania is not the safest country to travel.

The main problems are related to hacking and theft of things, attacks, corruption, and bribery.

It is essential for travelers to this country to remember that the area near Western Sahara is heavily mined, and traveling through this area is highly discouraged.

The border areas of Algeria and Mali are famous for banditry and jihadism.

If you travel during the day and follow these primary routes, you will not have a problem.

Keeping common sense and caution, you can safely move around Mauritania.

Read the recommendations for the embassy or consulate carefully.

Due to the increasing number of attacks on Westerners by jihadists in the past few years, most Western countries advise with great caution.

Expatriates travel between cities during the day, groups, and major routes.

Travelers should drink only bottled water if they do not have access to any water purification or filtration system.

Remember that the area here is deserted and has a dry, hot climate that can quickly bring dehydration and heatstroke. Always carry drinking water and sunscreen.

Malaria is endemic in the southern part of the country, and visitors should always use a mosquito net.

Do I Need a Visa to Visit Mauritania?

Visitors to Mauritania must obtain a visa from one of the Mauritanian diplomatic missions unless they come from one of the visa-exempt countries or if they arrive at Nouakchott–Oumtounsy International Airport. A valid passport is a must.

Which Currency Is Used in Mauritania?

The ouguiya is the currency of Mauritania. Each ouguiya constitutes five khoums (meaning “one fifth”). As such it is one of two circulating currencies, along with the Malagasy ariary, whose division units are not based on a power of ten.

The best times to visit Mauritania for ideal weather are December to March. The average temperatures in Mauritania vary somewhat and the weather feels hot for most of the year with a very low chance of rain throughout the year.

What Do I Need to Know about Airports in Mauritania?

There are several airports in Mauritania. The main and busiest is located in the capital of the country, Nouakchott. Nouakchott–Oumtounsy International Airport is an international airport. It is located 25 kilometres north of the city.

What Are Some Things to Do in Mauritania?

Mauritania is a state in West Africa, washed by the Atlantic Ocean from the west. Travelers come here to get acquainted with the Rishat desert, visit the Bank d’Argent National Park, visit Ben Amer.

Is the Water in Mauritania Safe to Drink?

Water quality in Mauritania is affected by contradictory factors—the region receives little rain but is also at near-constant risk of flooding. Drinking tap water in this country is strictly not recommended.

Is Uber Safe in Mauritania?

There is no Uber taxi in Mauritania. However, you can use any other taxi service in this country.