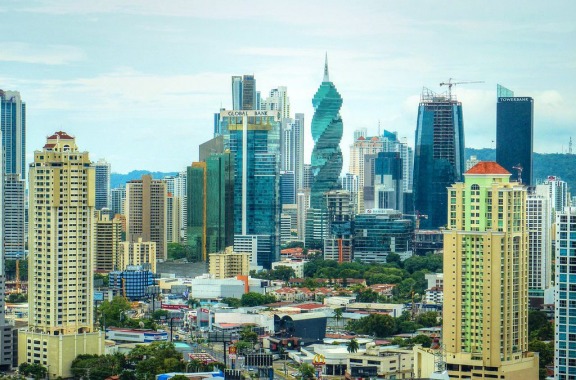 Panama can be called a safe enough travel destination. However, you should observe safety precautions, monitor your surroundings, and avoid some regions - especially border ones. In the dark, it is better to travel by taxi.

Public transport is quite reliable, but pickpockets should be kept in mind. In rush hours in crowded buses, it is easy to become their victim. Taxis are completely safe and comfortable to travel. Use only licensed services.

Pickpockets are common and often found on the streets of Panama. Be vigilant, always watch your personal belongings and your surroundings. At bazaars, train stations, and tourist places, be especially careful. It is recommended that you do not carry large amounts of cash or expensive items with you.

Violent crimes and armed attacks in Panama occur only in the most unsafe regions of the country and near the borders with Colombia. Tourists are advised to avoid these areas in order to stay safe.

Although there is no recent history of terrorism in Panama, the possibility of attacks cannot be ruled out. Examine the political situation in the country before you travel here and also make sure that you are not participating in political or other demonstrations.

Fraudsters in Panama have a habit of deceiving tourists by offering inflated prices for souvenirs or poor-quality excursions around the country. Check everything twice, book tours only in licensed tour services. Sometimes it's reported credit card scamming after using an ATM, so it would be wise to withdraw money from ATM at banks with security.

Women traveling alone in Panama usually do not encounter serious problems. It’s important to stay alert and follow common sense. If you do not appear in dangerous regions of the country and the capital and follow the usual safety rules, you will be in perfect order. Avoid walking at night, and do not attract too much attention to you with your clothes and expensive things.

How Safe Is Panama for Tourists?

Panama has an average crime rate.

The main problems here are related to housebreaking and theft, carjacking, vandalism, and attacks.

Also, the country has a very high level of corruption and bribery.

However, most of the country is entirely safe.

People in Panama are usually amiable and can help if needed.

The region between Panama and Colombia may not be safe due to the risk of terrorism and drug trafficking.

Also, most of the city of Colon is considered dangerous, and some areas in Panama City are a bit sketchy, in particular El Chorrillo, Kurunda, and El Maranion, weak and criminal areas.

They are best avoided while traveling and also not appear there at night.

The beautiful colonial district of San Felipe in the daytime is entirely safe for foreigners, but at night it is better not to appear here.

In general, caution should be exercised in Panama and watch its surroundings.

Do not leave personal things unattended – thieves and pickpockets live in these places.

Avoid streets that are far from the city center and are not alone there, especially in the evening.

For tourists traveling to Panama, a yellow fever vaccination is recommended.

Most countries require evidence of yellow fever vaccination before allowing travelers to come from Panama.

Do I Need a Visa to Visit Panama?

Visitors to Panama require a visa unless they are citizens of one of the eligible countries who do not require a visa for up to 180 days. All visitors must hold a passport valid for three months.

Which Currency Is Used in Panama?

The balboa is, along with the United States dollar, one of the official currencies of Panama. It is named in honor of the Spanish explorer/conquistador Vasco Núñez de Balboa. The balboa is subdivided into 100 centésimos.

The best time to visit Panama is between January and mid-April. This is the driest part of the year and shows off this tropical country at its most stunning. However, it’s also worth considering traveling to Panama during the rest of the year, when you can experience local events and festivals.

What Do I Need to Know about Airports in Panama?

Panama has many airports. The primary and busiest airport in the country is in the capital. Panama City Tocumen airport is the hub and the busiest airport in all of Central America. Tocumen International Airport is the international airport of Panama City, the capital of Panama. The airport serves as the home base for Copa Airlines and is a regional hub to and from The Caribbean, South, North and Central America and additionally features routes to some European and Asian cities.

What Are Some Things to Do in Panama?

Panama is a state on the isthmus connecting Central and South America. The Panama Canal passes through the center of the country – the famous building and an important shipping route that connects the Atlantic and Pacific Ocean. The capital is the city of Panama, which combines modern skyscrapers, casinos, and nightclubs with the colonial buildings of the Casco Viejo district and the tropical forests of the Metropolitan National Park.

Is the Water in Panama Safe to Drink?

Panama is a leader in the area regarding sanitation and water quality in the Central America region. Tap water in Panama City is safe to drink in some places. However, you’re better off buying bottled water or boiled it.

Is Uber Safe in Panama?

Uber service is available in Panama. The fare will depend on the time of day and distance. The cost is deducted immediately from the credit card.