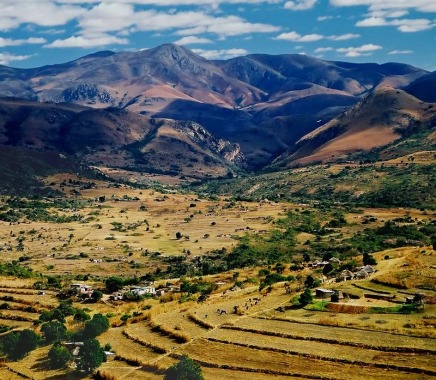 In general, Swaziland is safe to travel. Take the usual precautions to avoid crime. Be careful with wildlife and local animals. They can be dangerous.

Public transport is not safe in Swaziland. Like the whole road situation in the country. It is better to take a taxi or take a driver for your car. Swaziland has a huge number of traffic accidents due to poor roads and poor driving.

Pickpockets prey on tourists in tourist places, at train stations, at airports. You can avoid meeting with them if you do not leave your things unattended and watch your surroundings. Be careful with those who offer you their help. It can be pickpockets.

Swaziland is vulnerable to droughts, hurricanes, floods, and downpours. Examine the situation in the country before your visit here.

Swaziland is not at high risk of grave armed robberies. This can only happen in remote regions of the country. Do not walk late at night and carefully lock your lodging for the night.

Swaziland is not a high risk of terrorism. However, in any case, safety precautions must be observed. Avoid religious and political rallies.

Swaziland fraud is rare. Just double-check all accounts carefully, withdraw money only at ATMs at banks, and use licensed services.

Swaziland is safe for women traveling alone. However, it is better not to draw attention to yourself when wearing jewelry. It’s better not to walk alone at night. And housing must be carefully locked for the night.

How Safe Is Swaziland for Tourists?

Swaziland is a reasonably safe country to travel to.

The main problems are hacking, theft, drug trafficking, and corruption.

Swaziland has a much lower crime rate than other countries in the region.

It is important to remember that hippos are found here.

And they are one of the most dangerous animals that you may encounter.

Avoid places where you can meet them.

There are also many crocodiles in local reservoirs.

Be careful and travel with guides.

Swaziland also has one of the highest rates of people struck by lightning per capita worldwide, and often know (or know) someone who has been hit by lightning.

Be careful when crossing any of Swaziland’s nineteen border gates.

It is forbidden to import meat to certain areas, and soldiers have the right to search for you and your car thoroughly.

It is exceptionally undesirable to get lost in the “no man’s land,” a 5-kilometer territory between Mozambique and Swaziland; several residents were shot dead by soldiers guarding the boundaries of their respective areas.

Swaziland has the highest HIV / AIDS prevalence in the world; almost one in three adults is infected.

There is a seasonal risk of contracting malaria in the northeastern regions of Swaziland near Mozambique.

Be sure to use mosquito nets and repellents where necessary.

Do I Need a Visa to Visit Swaziland?

A foreign national wishing to enter Eswatini must obtain a visa unless they are a citizen of one of the eligible visa-exempt countries. A valid passport is a must.

Which Currency Is Used in Swaziland?

The lilangeni is the currency of Eswatini and is subdivided into 100 cents. The Central Bank of Eswatini issues it. The South African rand is also accepted in the country.

The best times to visit Swaziland for ideal weather are mid-April to November. Average temperatures in Swaziland vary somewhat, and the weather feels delightful all year with a little chance of rain or snow throughout the year.

What Do I Need to Know about Airports in Swaziland?

What Are Some Things to Do in Swaziland?

Swaziland is a small kingdom in South Africa, not landlocked, famous for its virgin nature reserves and festivals of national culture. At the foot of the Lebombo Mountains, separating the kingdom in the northeast of Mozambique and stretching along with South Africa, lies the Mlawula Nature Reserve, popular with hiking enthusiasts. Nearby is the Royal Hlane National Park, which is inhabited by wild animals: lions, hippos, and elephants.

Is the Water in Swaziland Safe to Drink?

The water quality in Swaziland remains unsafe for a large part of the population. Tap water isn’t drinkable.

Is Uber Safe in Swaziland?

There is no Uber service in Swaziland. But you can use any other taxi services in this country.