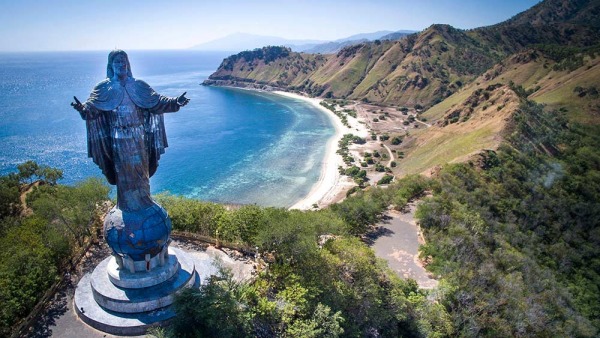 Timor-Leste is a poor and relatively recently independent state. In this country, internal conflicts and tensions still persist. Therefore, travelers should be very vigilant when traveling to this country.

Public transport is not safe and usually not reliable. Use a taxi or a rented car to get around. Make sure that the taxi driver has turned on the taximeter or discuss the fare in advance to avoid misunderstanding the price.

Pickpockets are a big problem in Timor-Leste. Most often, just tourists and foreigners become their victims. Be careful not to shine with expensive devices and jewelry, do not carry a lot of cash with you, and keep essential documents in the hotel’s safe.

Timor-Leste is prone to severe and recurrent drought, flooding, and landslides. Tropical cyclones, earthquakes, and tsunamis also represent risks. Landslides are the most common natural hazards in Timor-Leste, disrupting the land transport system by destroying bridges and washing out roads.

Armed attacks can still occur in this country. Often this is due to internal conflicts and the mood of citizens. Tourists are usually not victims of these crimes. However, travelers should avoid walking in remote areas late at night.

The risk of terrorism in Timor-Leste is not very large, but in any case, it is important to remain attentive to the environment. Do not participate in political and religious meetings, avoid crowds.

Fraud in Timor-Leste can be at every turn. Locals are trying to fool tourists by overestimating the price of souvenirs, taxi rides, or shortcuts in cafés. Be careful and double-check everything several times.

Women traveling alone are strictly not advised to be unaccompanied in Timor-Leste. Whenever possible, wear modest clothes, do not attract attention to yourself, and avoid being outdoors after sunset.

How Safe Is Timor-Leste for Tourists?

Timor Leste is a reasonably safe country to travel to.

The main problems are related to bribery, corruption, and petty theft.

Usually, tourists and foreigners are not the targets of violence or crime in this country.

However, you should be careful and monitor your surroundings constantly.

Remember that you are traveling in an impoverished country, and crimes such as assaults and thefts do occur: there is still a significant international presence in East Timor, including the United Nations mission, the foreign policy, and the armed forces.

Occasionally, armed gangs in Dili (the country’s capital) attack cars with stones and darts fired from slingshots, especially in the early evening and night.

Travelers should avoid irregular armed groups, including martial arts groups, which may be residents throughout the country.

Avoid large gatherings (demonstrations could escalate with little or no warning in the past).

Remove all visible valuables from your vehicle if left unattended.

Women should avoid walking alone at night in the streets.

Lock your home carefully, don’t carry a lot of precious things, and keep essential documents in the hotel safe.

Do I Need a Visa to Visit Timor-Leste?

By the law, citizens of all countries except Indonesia, Cape Verde, and the Schengen Area must obtain a visa upon arrival or before arrival. A valid passport is a must.

Which Currency Is Used in Timor-Leste?

The US dollar is the official currency of Timor-Leste. It is divided by 100 cents.

With temperature average from 22ºC to 31ºC, East Timor has a tropical monsoon climate and the best time to visit this country is from April to July, that’s when you get the best weather.

What Do I Need to Know about Airports in Timor-Leste?

What Are Some Things to Do in Timor-Leste?

Timor Leste is a country in Southeast Asia that occupies half the island of Timor, bordered by coral reefs with abundant marine life. In Dili, the capital of East Timor, several monuments and buildings were erected in honor of the country’s independence from Portugal and Indonesia. From the hill, where the famous statue of Christ the King is installed, 27 meters high, a stunning view of the bay opens.

Is the Water in Timor-Leste Safe to Drink?

Is Uber Safe in Timor-Leste?

There is no taxi Uber in Timor-Leste. However, you can use any other taxi services in this country.