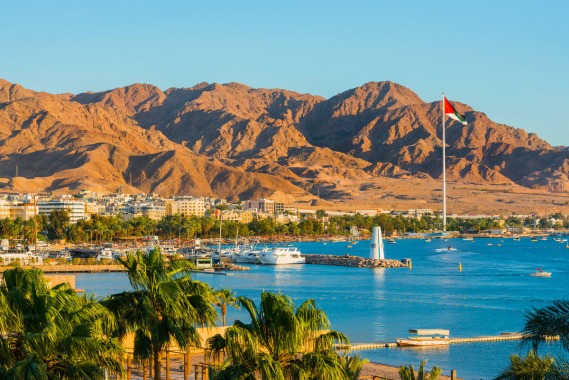 In general, Jordan is a reasonably safe country. Due to the significant presence of police in the region, the crime rate remains low. Maintain standard precautions and vigilance to stay safe while traveling.

In Jordan, it is better to avoid public transportation since terrorists can attack it. You can use a taxi or a rented car to travel. Use only licensed taxi services.

Pickpockets are quite common in Jordan. The most common form is to distract you and take out your wallet or steal a bag. Stay alert and watch your surroundings. Avoid those who ask or offer you help.

Jordan is prone to natural disasters, including earthquakes, droughts, and floods. To avoid this risk, study the weather conditions of this country before your trip here. Be careful and follow all safety precautions.

Grave robberies and assaults are not a severe threat in Jordan. In any case, do not do in this country what you would not do at home. Stay alert and keep abreast of your surroundings.

Terrorist attacks are a fairly common risk in Jordan due to proximity to borders with conflicting countries. Make sure that you follow all safety measures and do not visit dangerous regions of the country.

Fraud is rarely a problem in this country. In any case, double-check everything twice and withdraw money from ATM at banks to avoid the risk of scamming your card. Buy services and goods only in licensed places to avoid fakes and fraud.

Women traveling alone in Jordan should remember that they may be sexually harassed. Therefore, take care of your safety, wear modest clothes, and do not visit bars and low-lit streets late at night. Use a taxi or your car to get around the country.

How Safe Is Jordan for Tourists?

Jordan is a medium-security country.

The main problems are related to car theft, theft of things, hacking of houses for robbery, as well as vandalism.

The country has a high level of corruption.

Travelers should be aware that the army controls the areas adjacent to Iraqi, Syrian, and the Israeli-Palestinian regions, so it would be better to have a passport when visiting such areas.

Jordan is one of the most liberal countries in the region.

However, modest clothing is preferable.

Jordan is a Muslim nation, and some Western norms, such as public manifestations of love, can be considered rude or offensive even to the educated elite of Jordan.

Jordan is a center of medical tourism.

And the most significant risk to your health in Jordan is probably due to a traffic accident.

If you travel in your car, you should be very careful on the roads of this country.

Sometimes the movement can be chaotic or aggressive.

Do I Need a Visa to Visit Jordan?

Which Currency Is Used in Jordan?

The Jordanian dinar has been the currency of Jordan since 1950. The Jordanian dinar is also widely used alongside the Israeli shekel in the West Bank. The dinar is divided into 10 dirhams, 100 qirshes (also called piastres) or 1000 fulus. It is pegged to the US dollar.

The best time to visit Jordan with the excellent weather for sightseeing conditions is during the spring of March-May and autumn September to November months. At these times of the year, the temperatures are cool enough to enjoy exploring Jordan’s iconic sites.

What Do I Need to Know about Airports in Jordan?

There are several airports in Jordan. The country’s largest and busiest airport is Queen Alia’s leading and largest airport in Jordan. It is located in Ziza, 30 km south of the capital Amman. The airport is home to the national airline Royal Jordanian Airlines and serves as a significant hub for Jordan Aviation.

What Are Some Things to Do in Jordan?

Jordan is an Arab state on the eastern bank of the Jordan River, famous for its ancient monuments, nature reserves, and sea resorts. Here is the famous archaeological site – the city of Petra, whose history dates back to the 300th year’s BC. e. It was once the capital of the ancient Nabatean kingdom. The city is located in a narrow valley, and tombstones, temples, and monuments are carved in the surrounding cliffs of pink sandstone. Therefore, Petra is also called the Pink City.

Is the Water in Jordan Safe to Drink?

The quality of the water in Jordan varies from the location. While the water is drinkable and can be used for things like bathing, brushing teeth, and washing fruits and vegetables, it is advisable to drink bottled water when possible.

Is Uber Safe in Jordan?

Taxi Uber is used in Jordan, but only in some places. For example, in the capital Amman.