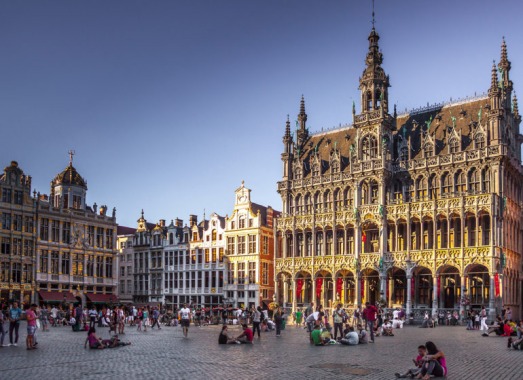 Belgium - safety as a country

Brussels is the largest municipality and historical center of the Brussels-Capital Region and the capital of Belgium. It is the European Union’s administrative center, thus often dubbed, along with the region, the EU’s capital city. The City of Brussels is a municipality consisting of the central historic town and certain additional areas within the greater Brussels-Capital Region, namely Haren, Laeken, and Neder-Over-Heembeek to the north, as well as Avenue Louise/Louizalaan and the Bois de la Cambre/Ter Kamerenbos park to the south.

Brussels is generally a fairly safe city to visit. However, it would help if you were on the alert, avoid certain areas of the city, and not walk the streets late at night.

Public transport is well developed and runs on schedule. Pickpockets should be wary of during peak hours Taxis are a safe way to travel if you use licensed services.

There are a lot of pickpockets in Brussels. There are usually many tourists in the city, and cases of theft of bags and wallets are frequent. Do not leave personal items unattended.

Brussels is not subject to any serious natural disasters. In this regard, the city is completely safe.

Serious armed robberies are rare in Brussels. Avoid disadvantaged areas, do not shine with expensive things and devices, and you will stay safe.

Terrorist attacks are possible because Brussels is associated with many political and social organizations. Be careful not to participate in street demonstrations.

Scammers in Brussels often try to trick tourists by selling fake tickets or cheating on souvenirs' price. Double-check everything and be mindful of your surroundings.

How Safe Is Brussels for Tourists?

Brussels is quite a safe city to travel to.

The main problems are related to theft, vandalism, and assault.

Petty crime is fairly common in this city.

There are a few violent crimes, and they rarely involve tourists.

It is important to remember your things and what surrounds you.

Many suburban areas have a terrible reputation, but most travelers are unlikely to visit.

The Schaarbeek, North of Brussels, Saint Jose, Marollen, Annesens, Molenbeck, and Anderlecht, are areas that should be avoided at night whenever possible.

Pickpockets – by far the biggest problem – can be found in many areas of the city, especially at train and metro stations.

It is important to keep track of your belongings and bags at all times.

Be attentive to those who ask or offer help.

When traveling to Brussels by car, do not leave any valuables when visiting the various attractions, especially the Atomium,

Mini Europa and the Okead area.

In the evening and at night, dark places like parks attract drug dealers and addicts, pickpockets, and various other shady types.

Avoid any relationship with drugs, as they are illegal here.

Do I Need a Visa to Visit Brussels?

Belgium is part of the Schengen area. A Schengen visa is intended for short-term stays in the Schengen area or transit through it for a period not exceeding 90 days in any 180-day period. A valid passport is a must.

Which Currency Is Used in Brussels?

The official currency in Belgium is the Euro. It has a sign € and is subdivided into 100 cents.

In Brussels, the summers are comfortable and partly cloudy, and the winters are long, very cold, windy, and mostly cloudy. The average temperature in winter is 1°C and only 23°C in summer.

What Do I Need to Know about Airports in Brussels?

Visitors usually come to Belgium by plane, especially those from non-European countries. Brussels Airport is an international airport only 12 km from Brussels. It has more than 23 million passengers, which makes it the 21st busiest airport in Europe. Other airports often used when coming to Belgium are Antwerp, Ostend, and Liège.

What Are Some Things to Do in Brussels?

This city in Belgium is a hub of political decision-making. Scratch the surface, and you’ll find a small city with a big attitude. It’s full of history that’s sure to capture the imagination of the curious explorer. And when you’re tired of medieval squares, beautiful parks, and cutting-edge art and music venues, there’s always the world-class beer, fries, and chocolate.

Is the Water in Brussels Safe to Drink?

Water in Brussels meets European Union standards. You can drink water directly from the tap.

Is Uber Safe in Brussels?

There is an Uber taxi in Brussels. The cost of the trip will depend on the time of day and distance. You can call a taxi from the application on your smartphone.