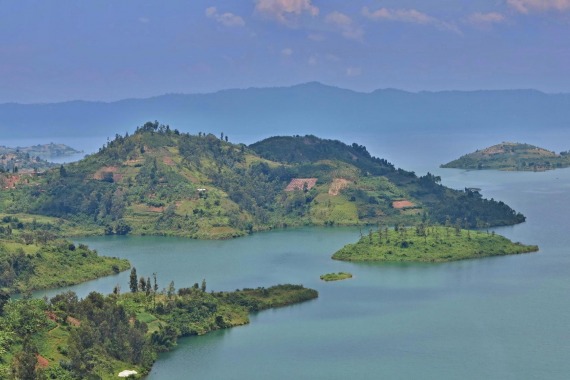 Warnings & Dangers in Republic of the Congo

The Republic of Congo is not the safest country to travel. Travelers here need to be as cautious and attentive as possible. It is better to stay home at night; certain areas of the country should be avoided altogether.

Public transport is not very reliable, and pickpockets operate in it. Better to get a taxi or a rented car. Roads outside major cities are often unsuitable.

There are a lot of pickpockets in the Republic of the Congo. Usually, they prey on tourists. Be especially careful in crowds, train stations, and even beaches. Keep personal items with you, and do not leave bags unattended. Do not stand close to the carriageway at intersections - reported cases of snatching bags from tourists when they cross the road.

The Democratic Republic of the Congo is subject to several dangers, including volcanic and limousine eruptions, earthquakes, floods, and droughts. Vulnerability to these dangers is compounded by poverty and political instability.

The risk of serious armed robberies and attacks in the Republic of the Congo is high enough. Slums in large cities of the country should be avoided, do not walk after sunset, and in poorly lit streets. Do not carry a lot of cash and expensive things - it is better to leave them at the hotel. Park auto in guarded parking lots and carefully lock the car.

Terrorists will most likely try to attack the country. Attacks can be indiscriminate. You must be vigilant, especially in places visited by foreigners. Avoid demonstrations and political protests.

In Congo, fraud against tourists is widespread. Often they will try to deceive you, offering to buy a nonexistent tour or tour, sell lottery tickets, or trinkets at an overpriced price. Avoid talking to suspicious people.

Women traveling alone to the Republic of the Congo can feel quite safe if they follow specific measures. Do not walk around the city at night. Do not draw attention to yourself with your clothes or expensive items. Return to the hotel by taxi if it is too late.

How Safe Is Republic of the Congo for Tourists?

Congo is not the safest place to travel.

The regions of North and South Kivu are in a state of constant conflict.

The country has many refugees and people living below the poverty line.

All these factors make the country unsafe for travel.

If you decide to travel to the Republic of the Congo, take special precautions: avoid demonstrations, exercise caution when walking or driving at night, always carry a copy of your passport with you, and keep the original documents in a safe place.

At night, it is better not to travel around the country.

In any case, use a car or taxi to get around.

Walking at night can be unsafe.

Travel by riverboat or barge remains somewhat risky, although safer than by road.

Overcrowded barges have sunk, and aging boats have capsized traveling along the Congo River, resulting in hundreds of deaths.

Before catching a ride, take a look at the vessel you will be boarding, and if you don’t feel safe, it is better to wait for the next boat, even if you must wait several days.

Congo is malarial, although slightly less in the Kivu region due to the altitude, so use insect repellent and take the necessary precautions such as sleeping under mosquito nets.

The riverside areas (such as Kinshasa) are quite prone to malaria.

Do I Need a Visa to Visit Republic of the Congo?

Which Currency Is Used in Republic of the Congo?

The Congolese franc is the currency of the Democratic Republic of the Congo. It is subdivided into 100 centimes.

How's the Weather like in Republic of the Congo?

What Do I Need to Know about Airports in Republic of the Congo?

What Are Some Things to Do in Republic of the Congo?

The Republic of the Congo, also called Congo-Brazzaville, is a central African nation with rainforest reserves that are habitats for gorillas. Its capital city, Brazzaville, lies across the Congo River from Kinshasa, the capital of the neighboring Democratic Republic of the Congo. Brazzaville’s highlights include traditional craft markets and the mid-20th-century Basilique Sainte-Anne, with a green-tiled roof and spire.

Is the Water in Republic of the Congo Safe to Drink?

Water quality in the Democratic Republic of the Congo needs improvement. Only 46 percent of the population has access to clean and safe drinking water. Tap water isn’t drinkable.

Is Uber Safe in Republic of the Congo?

There is no Uber taxi in the Republic of the Congo. However, you can use any other taxi service in this country or travel by car.