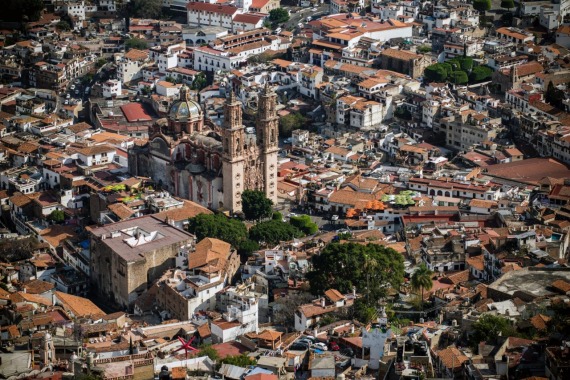 Durango, officially named Estado Libre y Soberano de Durango, is one of the 31 states that make up the 32 Federal Entities of Mexico, situated in the country’s northwest. With a population of 1,832,650, Durango has Mexico’s second-lowest population density, after Baja California Sur. The capital city, Victoria de Durango, is named after the first President of Mexico, Guadalupe Victoria.

Durango is not the safest place for travelers, but if you use common sense and take precautions, you can avoid most of the troubles.

Durango has a medium risk of earthquakes and floods from rains. Before planning a trip to here travelers should get information about the situation with natural hazard risks.

In the suburbs of Durango, local gangs' showdowns take place, during these showdowns, there are shootings and kidnappings. Avoid these areas and don't get involved with drugs.

Women traveling alone can feel quite safe in Durango. The main thing is to adhere to the usual precautions and monitor your surroundings.

How Safe Is Durango for Tourists?

Durango is a relatively safe city to travel to.

Some time ago, the city was known for drug trafficking.

However, over time, the city’s reputation improved and the cartel battles moved outside the city.

Violent crime and gang activities are still prevalent in parts of Durango State.

But this does not apply to the city of Durango.

Travelers should be especially careful here.

And travelers should definitely avoid casinos as they are considered particularly dangerous.

However, the situation has improved in recent years.

The crime rate in the city is low compared to other cities in Mexico.

The place is safe for walking day and night.

It is important to note that the violence in Durango almost never targets tourists, which means that tourists are not targeted for crime.

Women travelers are advised to avoid walking late at night.

It is also best to wear modest clothing.

Traveling by taxi and bus is quite safe and comfortable.

Tourists are advised not to brag that you have a lot of money, store your belongings in a safe place, and do not visit dangerous places at night.

Do I Need a Visa to Visit Durango?

Which Currency Is Used in Durango?

In Durango, the summers are warm, dry, and mostly clear and the winters are freezing, snowy, and partly cloudy. The best time of year to visit Durango for warm-weather activities is from late June to late August.

What Do I Need to Know about Airports in Durango?

What Are Some Things to Do in Durango?

Things to do in Durango include whitewater rafting, skiing, biking, horseback riding, fishing, snowmobile, and the Durango train.  Visit Durango, Co, and you will never be bored! There are plenty of things to do in this outdoorsy town, and every season has its highlights! In Durango, CO, summer has amazing whitewater rafting down the Animas River, and if you visit during winter, you’ll have to ski at Purgatory Resort.

Is the Water in Durango Safe to Drink?

Tap water is not drinkable in Durango. You should buy bottled water or boil tap water.

Is Uber Safe in Durango?