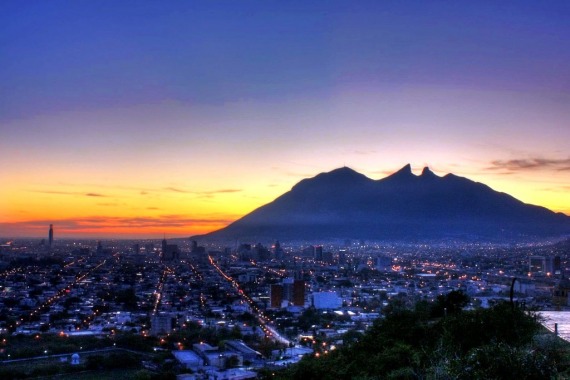 Monterrey is the capital and largest city of the northeastern state of Nuevo Leon in Mexico. The Monterrey metropolitan area is the third-largest in Mexico after Mexico City and Guadalajara. The city is also known by the nicknames La sultana del norte (“Sultan of the North”) and La ciudad de las montañas (“City of the Mountains”).

Pickpocketing occurs in Monterrey at every turn, so wear an anti-theft backpack, look after your belongings, and don't leave your phones and wallets unattended. In crowded places, keep an eye on your surroundings.

Monterrey is not exposed to any serious risks of natural disasters.

In the suburbs of Monterrey, local gangs' showdowns take place, during these showdowns there are shootings and kidnappings. Avoid these areas and don't get involved with drugs.

How Safe Is Monterrey for Tourists?

Monterey is a relatively safe city to travel to.

The main problems are related to corruption, drug trafficking, and vandalism.

Monterey is attacked from time to time by drug cartels, and there are possible clashes that make the city less safe.

Armed robberies sometimes take place on the transport systems of the city, so be careful when driving the buses.

Do not show valuables or cash.

It is better not to carry many expensive things and devices with you – leave them in the hotel safe.

It’s safer in Monterrey during the day, but you need to be very careful at night.

You can easily find yourself in an area where no one is on the street, in which case you will become bait for criminals.

Be especially careful if you plan to rent a car and travel to the mountains and nearby towns.

Santiago and Cola de Caballo, two popular day trips to the mountains to the south, have faced some security concerns recently.

Use common sense, do not get involved with drug dealers, and do not walk around the city late at night.

Do I Need a Visa to Visit Monterrey?

Which Currency Is Used in Monterrey?

In Monterrey, the summers are long, hot, and muggy; the winters are short, cool, and dry, and it is partly cloudy year-round. The best time to visit Monterrey in Mexico is from February until November.

What Do I Need to Know about Airports in Monterrey?

What Are Some Things to Do in Monterrey?

Despite being an ultramodern city, Monterrey has managed to retain some of its old-Spanish atmospheres in its narrow alleys, flat-roofed houses, and picturesque patios, particularly around the Barrio Antiguo, the city’s old quarter, which is experiencing something of a renaissance. First settled in the 16th century, its importance as a cultural hub is evident in its many fine museums and galleries, along with the many public squares and parks used to host several important events and festivals.

Is the Water in Monterrey Safe to Drink?

Tap water is drinkable according to WHO data.

Is Uber Safe in Monterrey?