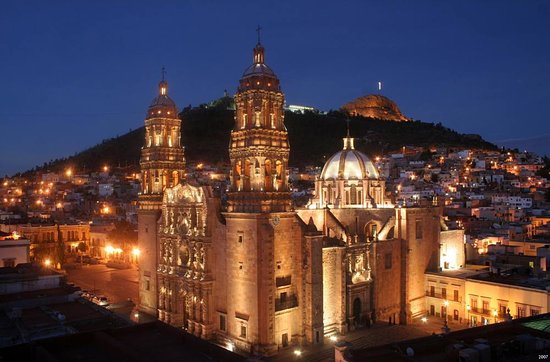 Zacatecas is one of the 31 states of Mexico. It is divided into 58 municipalities, and its capital city is Zacatecas City. Zacatecas is located in North-Central Mexico. It is bordered by the states of Durango to the northwest, Coahuila to the north, Nayarit to the west, San Luis Potosí and Nuevo León to the east, and Jalisco, Guanajuato and Aguascalientes to the south.

Zacatecas is not the safest place for travelers, but if you use common sense and take precautions, you can avoid most of the troubles.

The main risks in the region are associated with droughts. Check news sources before traveling to Zacatecas.

In the suburbs of Zacatecas, local gangs' showdowns take place, during these showdowns, there are shootings and kidnappings. Avoid these areas and don't get involved with drugs.

Terrorist attacks do not often happen here. However, as elsewhere in Mexico, you must stay updated on the news on this subject.

How Safe Is Zacatecas for Tourists?

Zacatecas is not the safest place to travel.

Zacatecas is not the safest city in Mexico.

And not the most popular among tourists.

Yes, terrorism is not a problem here, but all many other crimes such as robbery, hijacking, and violence are common here.

And in recent years there has been a tendency for an increase in the number of crimes.

There are not many tourists here, but if you are driving to Zacatecas, remember: do not rent a luxury car, the only park in a guarded parking lot, do not appear on the streets with jewelry, keep valuables in a safe place, do not go out late at night.

It’s also important to keep track of your belongings and your surroundings.

Read the political news before your trip here and avoid traveling if the situation in the city is unstable.

It is best to keep track of events from local sources.

Do I Need a Visa to Visit Zacatecas?

Which Currency Is Used in Zacatecas?

In Zacatecas, the summers are short and warm, the winters are short and cold, and it is dry and partly cloudy year-round. The best time of year to visit Zacatecas for warm-weather activities is from mid-May to mid-June.

What Do I Need to Know about Airports in Zacatecas?

What Are Some Things to Do in Zacatecas?

Visit Zacatecas Cathedral, The Eden Mine and The Rafael Coronel Museum to see the most interesting places in this city.

Is the Water in Zacatecas Safe to Drink?

Is Uber Safe in Zacatecas?